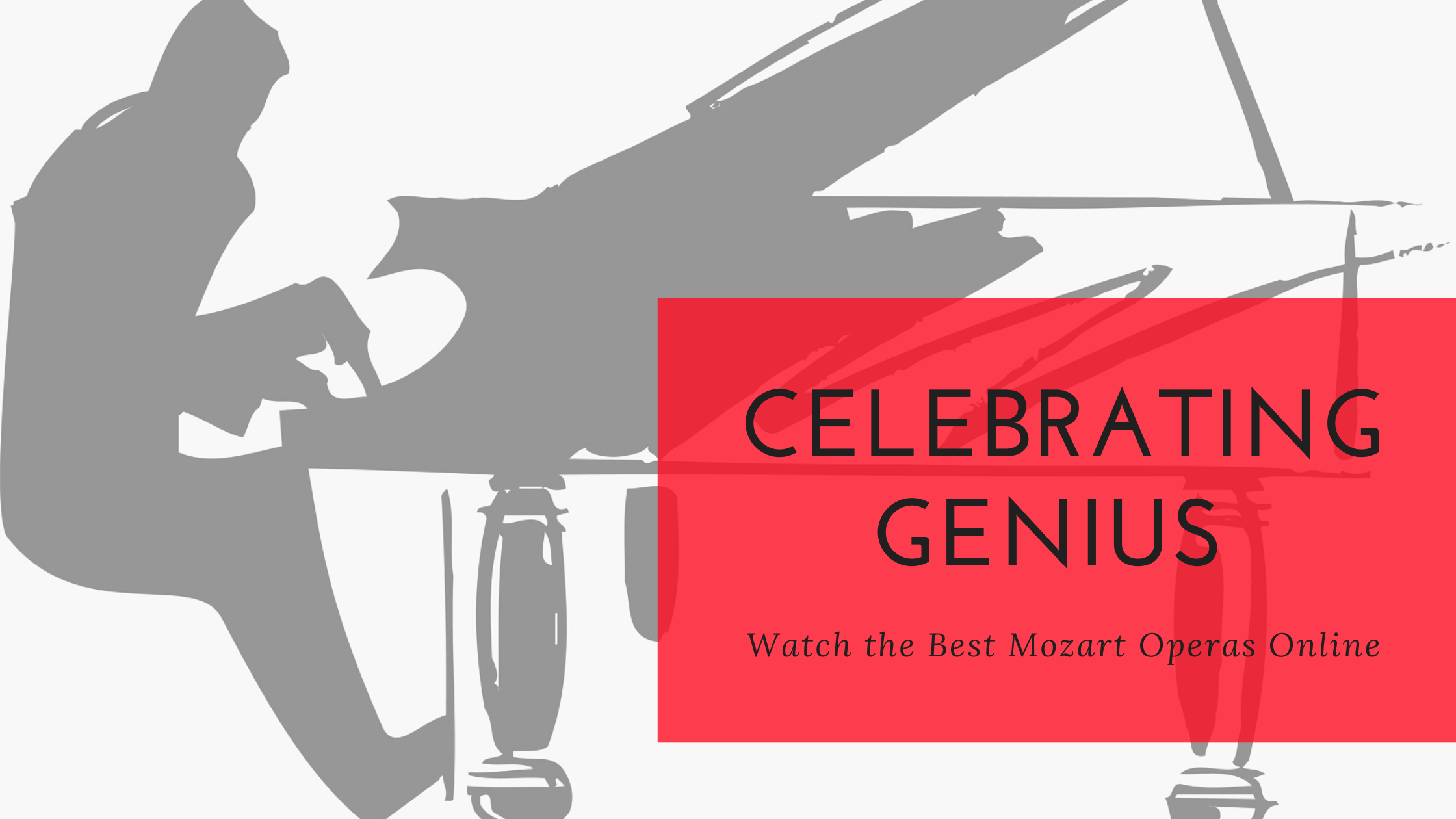 Picking just a few brilliant works and dubbing them the best Mozart operas is as difficult as picking the top ten songs of all time. But we’re making an effort for his birthday and the many of us stuck at home (again). If you can’t binge all of these wonderful performances this week, save them for any downtime you have coming.

Mozart died at the age of thirty-five, but remains one of the world’s greatest musical geniuses. A child prodigy and prolific composer, he left behind a timeless collection of masterpieces spanning the full range of human emotion.

A champion of the classical style, Mozart inspired musicians in genres from the Romantics to progressive rock and beyond. January 27th marks the brilliant composer’s 265th birthday and over 250 years of the world’s enjoyment of his operas. We’ve put together a list of a few fan favorites for Mozart’s birthday, available to watch on YouTube.

Inducted into Vienna’s Masonic lodge in 1784 as a so-called apprentice, Mozart was introduced to the teachings of the philosophers of the Enlightenment era. He quickly rose through the ranks and wrote several works inspired by these teachings.

His best-known opera remains The Magic Flute, in which the protagonists must pass initiation to move away from obscurantism and towards the light of truth. Mozart’s ties to freemasonry and its ideologies clearly influenced this work throughout.

(Best Mozart operas ratings aside, playing the Queen of the Night aria on repeat all day may be the best way to celebrate the maestro’s birthday.)

Mozart’s second opera, written when he was just 12 years old, tells a tale as old as time of teenage romance and all that goes with it. It is perhaps his simplest opera. On the very grand scale of Mozart’s genius, it wasn’t exactly something to write home about. Yet, from this perspective, well into the third century of appreciating his music, these early works of the boy genius might give better insight into the maturity of his wondrous talents than The Magic Flute itself.

The story of Don Juan has been told in every format by countless artists and in dozens of languages. Mozart’s telling of it is perhaps the pinnacle of them all. And no best Mozart operas selection is complete without it.

Mozart depicts the notorious philandering nobleman as both villain and hero. Despite what seems like moral ambiguity throughout most of the opera, our anti-hero gets what’s coming to him, and in the most deliciously dramatic way.

While The Magic Flute might be Mozart’s best-known score, his greatest work comes through The Marriage of Figaro. The Beaumarchais’ play which Mozart and Da Ponte based the opera on was initially banned in Vienna. The opera, however, was allowed and Austrian audiences immediately adored it. Multiple encores met the premiere and first performances. Emperor Joseph II requested a special performance at his Laxenburg palace theater just a month after its premiere.

It’s dumbfounding to think that, despite the shortcomings this age, we can enjoy the marvel of The Marriage of Figaro in our homes via YouTube.

A bonus for Mozart buffs

Though this doesn’t fit the criteria for a collection of best Mozart operas, we’d be amiss if we didn’t give you a heads up.

For anyone still wondering where the K or KV abbreviations used to refer to Mozart’s works come from, these refer to Ludwig von Köchel. This meticulous musicologist is best known for creating the Köchel catalog, a chronological catalog of 626 works by Mozart. Several attempts had been made by others to identify Mozart’s works, but Köchel’s work was the most complete and coherent.

Interestingly, one of those works was listed in one of the earlier editions, by  Köchel himself, but was lost. Rediscovered in 2018, modern audiences will hear the piano score dubbed ‘Allegro in D’ for the first time ever at the opening of the Mozartwoche Festival on Mozart’s birthday, as performed by Seong-Jin Cho.

The Father of the Rossini Crescendo

How One Pianist Defined Celebrity – in the 19th Century

The Devil’s Violinist and His One String