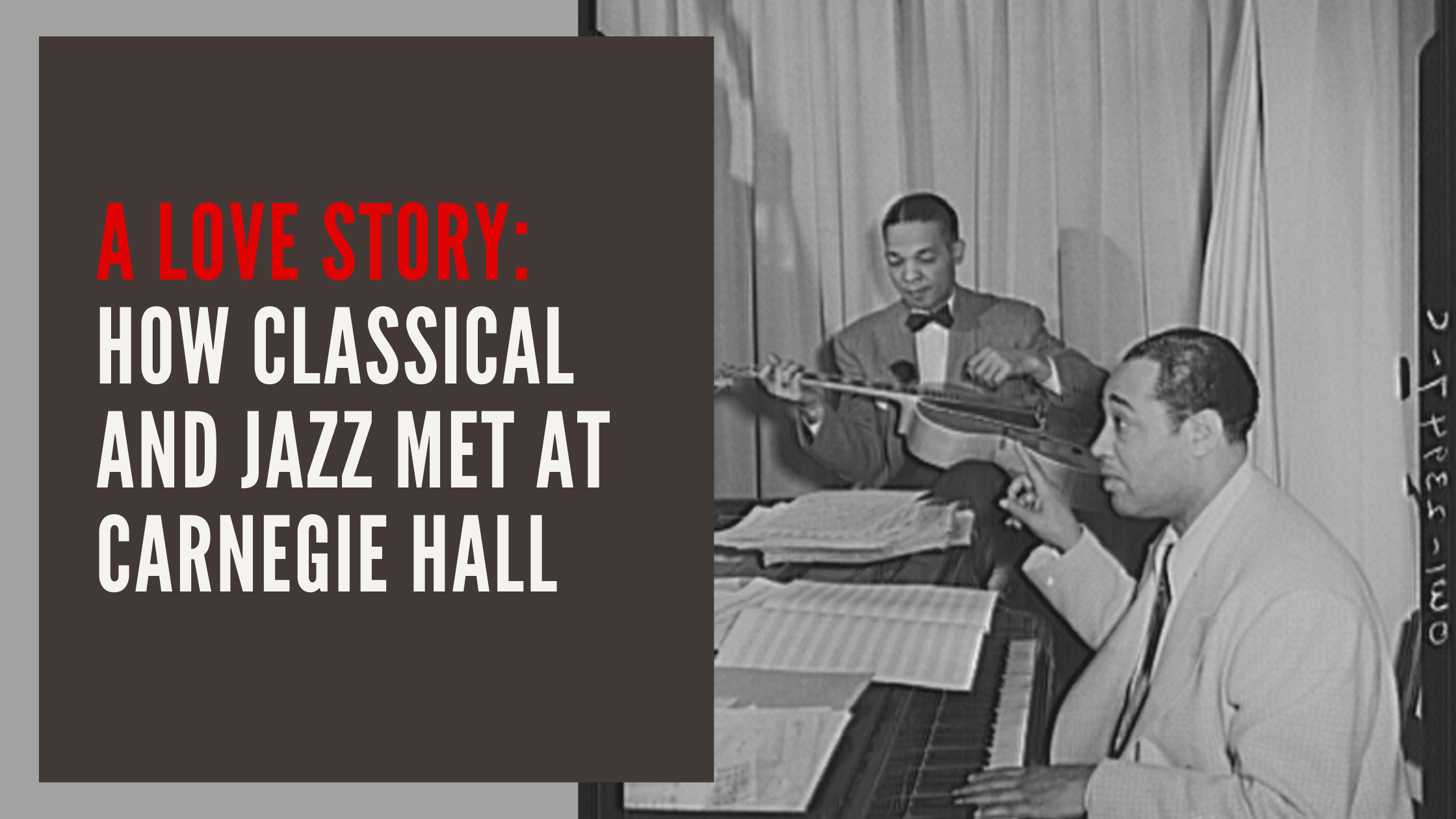 The stage is set. It’s January 23rd, 1943, Libya is free of Italian control at last, the classical film known as Casablanca is released across the United States, and the Duke Ellington is set to perform alongside his one-of-a-kind orchestra, in Carnegie Hall, for the very first time. His music of choice? The musical masterpiece known as Black, Brown and Beige, a forty-five-minute musical where classical and jazz were formally introduced to each other, meant to reflect and represent the lives of Black people in America.

Duke Ellington was the first in many things and through many of his achievements. He was first, too, in creating and presenting this work, in the sense of showing that classical and jazz music could dance a very unique dance together, without stepping on each other’s toes. Many of the compositions showcase this but one, Come Sunday, did it so well that it became a notable jazz standard.

The Fusible and the Unfusable

It’s worth noting that finding the place where classical meets jazz music is no easy task. Even when Duke Ellington seemed to have done it with such smoothness, such elegance, some critics were rather vocal about the mixing of genres and the length of his compositions.

The two types lack overlap in almost all significant categories, they are essentially two sides of a coin. The rhythm and the length of notes are both observed entirely differently by classicists and by jazz musicians. As are forms and strict techniques, to which classical music sticks and swears by, while jazzers are vague about it, they divert and deform it and bend it into all sorts of shape and end up with the most wonderful and amazing music.

But they also have a couple of traits in common. They are both deeply complex and often focus mostly if not entirely on the instrumental elements of their works. They are both culturally significant, even engrained deep into the societies from which they came, though their origins are different, and it takes years not only to perfect one’s performance of already existing works but also to create entirely new ones.

Years of learning under different mentors and methods, practicing compositions in so many aspects, and generally different experiences and behaviors have led to quite different developments in the brains of classical jazz artists and classical musicians. A study conducted by the scientists of the Max Planck Institute for Human Cognitive and Brain Sciences in Leipzig, Germany, shows that the two types of musicians use different parts of their brains whilst playing the same music. They also use different methods and different fingers for the same notes. The study involved 30 musicians, 15 who were trained classical musicians and 15 who were professional classical jazz artists, as well as one muted piano and one recording of a composition, riddled with harmonical and musical mistakes throughout.

All individuals were then tasked with recreating the composition, whilst their fingers and their brains were closely observed. Different methods were obvious from the get go; classical pianists needed to know what they were playing and with which finger arrangement, whilst jazz pianists, prone to creativity and improvisation in their regular work, showed a great ability to adapt quickly.

The two really can flow in tandem and produce such wonders. We recommend this beautiful playlist, which showcases jazz, classical, and the pieces in between. Also see this Jazz at Lincoln Centre video, which includes a number of songs from Ellington’s Black, Brown and Beige as well as a few of our favorites.